What we can learn from companies that survived an economic recession

Can leaders do the same for their own businesses to thrive in the current crisis?

It should come as no surprise that more than 436 million businesses are reported to potentially face serious disruptions to their businesses since the COVID-19 outbreak started. The pandemic has since led to the global economy diving into a deep recession and global GDP has been forecasted to shrink by 3.0 percent by end 2020. Even though the economic outlook for most industries is pessimistic, it is still possible to not let it hinder the growth of your business. Here are some learning points from companies that managed to thrive and stay ahead of their competitors during previous economic recessions.

During tough times, it is important to go back to your vision and mission (things that get you out of bed in the morning) and use them to review and reset your strategic directions. Apart from coming up with strategic initiatives for both the short and long-term, your vision and mission can help align employees and give them something to work towards during this difficult period.

For instance, in 2007, Starbucks experienced a 50% plummet in stock prices when consumers cut back on spending habits due to the global financial crisis. Starbucks brought back Howard Schultz who decided to halt the company’s growth and focus on improving customer experience. He retrained his employees and revamped the company’s menu and operations to increase the speed of the service and provide a wonderful atmosphere for customers to drink coffee. After these initiatives were taken, stocks increased by more than 143% in 2009. Subsequently, he rolled out a rule to discard any coffee that has been brewed for more than thirty minutes in order to commit Starbucks to the creation of coffee with the best quality. To enhance the coffee atmosphere in the cafes, employees were also told to not wear strong perfume that will interfere with the coffee aroma. To turn his outlets into “coffee spot(s) with human connection”, he ensured that most Starbucks stores mix upholstered chairs and sofas with hard-backed chairs and started offering free Wi-Fi access and electrical points. Today, Starbucks is an international household name, well-known for providing premium quality coffee and well-recognised for its comfortable surroundings.

Empathise with your customers’ needs and pivot your offer accordingly

During a recession, it is common for consumers’ habits to differ because they want to save more and spend less on non-essentials. To survive, businesses need to pivot to ensure their products meet the changing needs of the consumers.

The 2008 financial crisis posed a threat to the entertainment industry as consumers started cutting back on their expenses on entertainment. Knowing how the financial crisis could impact the profitability of their business, Netflix understood that there was a desire for cheap home entertainment as consumers cut back on heading out for entertainment. They decided to build their franchise around renting DVDs at affordable prices ranging from $5–17 per month. Eventually, the company’s revenue were able to grow by 13 percent to $1.4 billion while other competitors, like Wal-Mart, Amazon, and Blockbusters, were struggling to make ends meet. A key takeaway from Netflix is how important it is to understand customers’ needs and offer what they are looking for.

“They offer consumers exactly what they want”… and they give them the price they want,” — Elizabeth Curtis, a consumer markets analyst at IDC, a tech research firm in 2009

In addition to Netflix, Groupon had also managed to take advantage of consumer sentiments for bargains to grow their business. They emailed each of their 40 million subscribers daily discounts and aggressively onboarded merchants on their online marketplace platform while providing an inexpensive way for the merchants to increase their brand awareness. Coming up with a customer-centric strategy to pivot their offerings to empathise with the needs of businesses and customers had helped them to gain brand awareness and traction in the market during that period of time.

Identify and invest in areas of potential long-term growth

Despite the tough macro conditions, companies that survive economic recessions do not stay stagnant and continue to invest in areas of long-term growth potential, even during the most difficult times.

E*Trade, an online trading platform, started 2009 heavily affected by unsettled markets, devastating economical state, and asset quality issues. They knew that there was a growth potential if they tapped on their core strength which was their customer franchise. Their customer franchise was built over many years with initiatives taken to marry technology and innovation with strong commitment to improving the customer experience. E*Trade started investing more on innovation initiatives to expand their product and service offerings and introduced a competitive fee structure to provide a superior customer experience. This shift in focus led to an increase in market share despite the economic downturn.

For Netflix, they identified the broadband market and subsequently ventured into streaming movies and games over the Internet. In a few years time, the number of Netflix subscribers reached 24.6 million in 2011. And as you already know, that started a growth trajectory that they are still currently building.

Ensuring you have a strong financial position is crucial, especially for smaller companies that risk cash flow issues. While it can be a difficult and painful area to work on, cost management is crucial during recessions. The key is to cut or manage costs in a way that will not hurt your long-term growth.

As a result of the 2008 crisis, Microsoft was careful and strategic in how they cut costs. They conducted a holistic scan of their cost structure and performed a qualitative business outlook to determine how they should best cut down on headcount-related expenses, capital expenditures and marketing costs over the subsequent 18 months in light of deteriorating global conditions.

Likewise for E*Trade, their strategic initiatives included divesting unprofitable local trading accounts and continued to attract customers out of the US to trade in US securities. As a result of the initiative, they managed to exit 2009 with a loan balance of $20 billion, 20 percent lower compared to that of the previous year. In addition, they worked on recapitalisation and raised $733 million of net cash equity by the end of 2009.

Plan beyond the crisis to stay ahead

Last but not least, while it may be hard to see beyond the current downturn, it is critical for companies to still innovate, plan for, and invest in initiatives and products for the future. If you survive this crisis, the next one may be just several years away, so we just have to get ready.

Back in 2009, Amazon experienced a 8% fall in their stock prices from December 2007 to June 2009 which outperformed the market average of 36% decline. How did they manage to stay less affected? The key would be the diverse product portfolio which the company developed over many years prior to the 2008 financial crisis. Way before the crisis hit the market globally, Amazon had been placing investments in innovation initiatives that led to the creation of products such as Amazon Prime, Kindle and Amazon Web Services. Having a large product portfolio allowed Amazon to be better-prepared for the crisis.

For example, while its competitors were struggling to keep their businesses afloat, Amazon Web Services contributed greatly to Amazon’s 29.2% and 28.4% growth in revenue in 2008 and 2009 respectively despite the change in consumer spending habits. Thanks to Amazon Prime’s subscription model, Amazon was still able to receive earnings from subscribers and that helped ease the blow. Free express shipping services were also later on offered to Amazon Prime’s consumers who paid an annual subscription fee which led to an increase in purchase frequency.

Amazon’s innovation strategy had helped the company to thrive during the 2008 financial crisis and the benefits did not stop there. AWS contributed to the largest percentage of Amazon’s earnings today due to the demand for cloud computing services. Back in the early 2000s, Amazon Web Services was not even part of Amazon’s main catalogue offering.

Having a forward-looking mindset is essential for any business because the best way to survive and thrive in future uncertainties is by planning ahead. 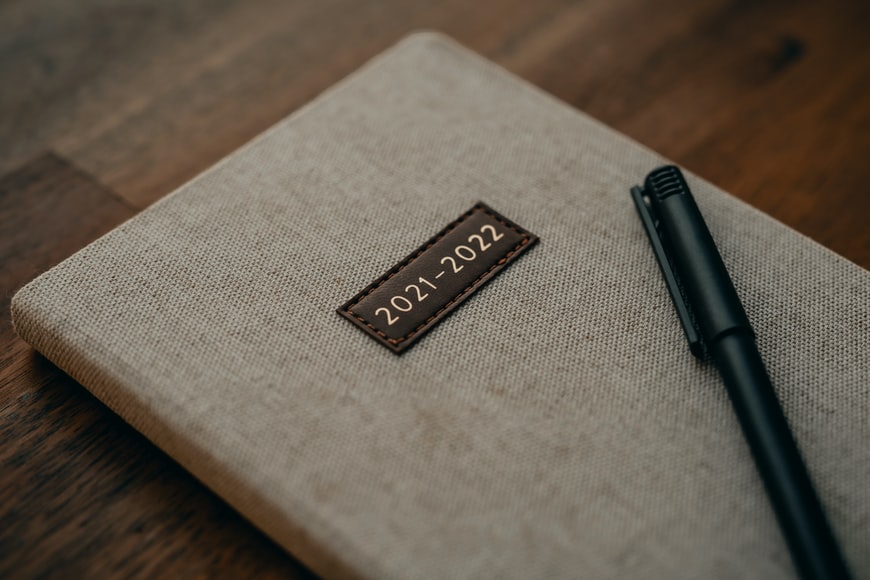 2022 will be yet another year of changes. Are you ready? 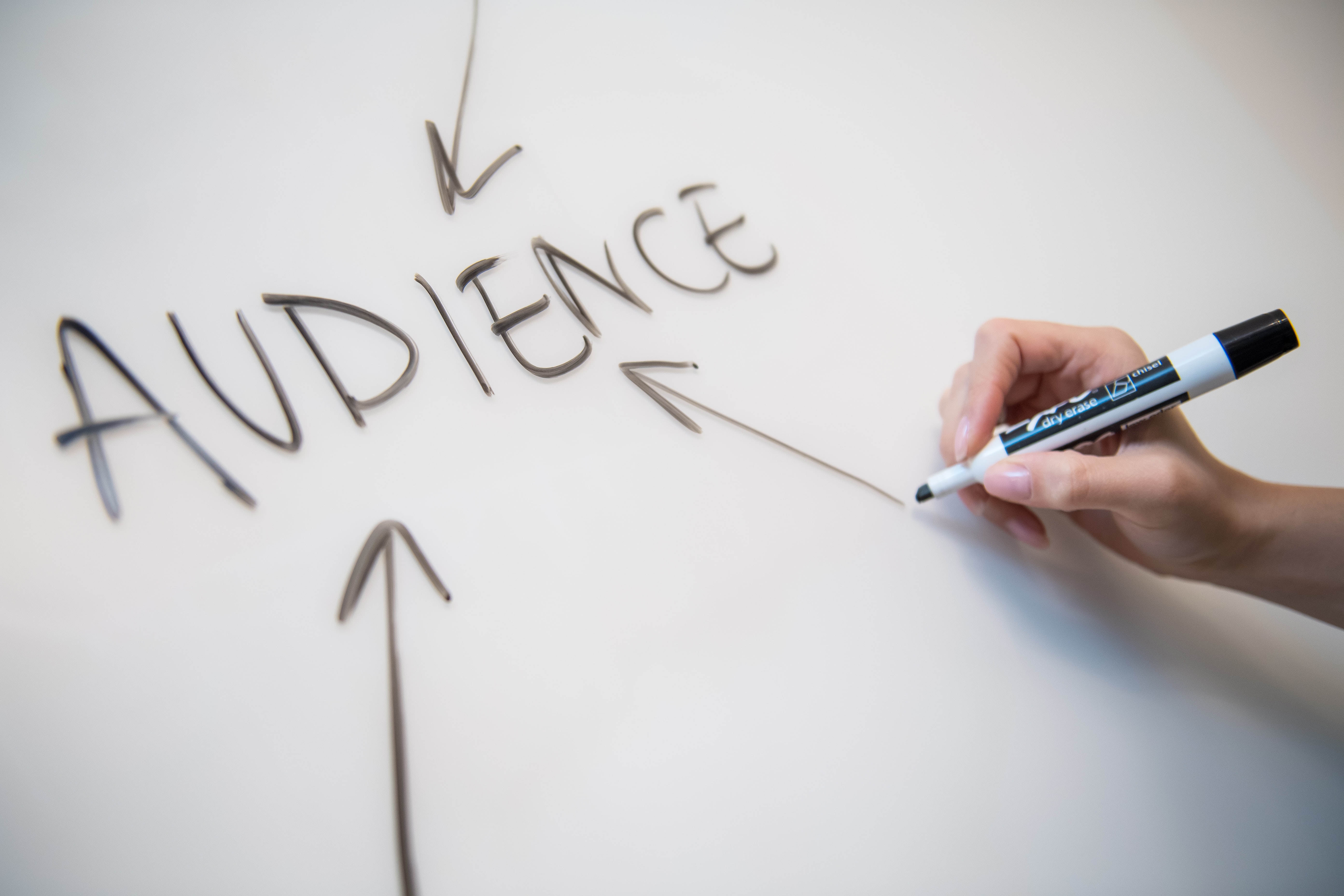 Today’s consumers are growing more sustainability-conscious by the day. Is your business ready to engage them? 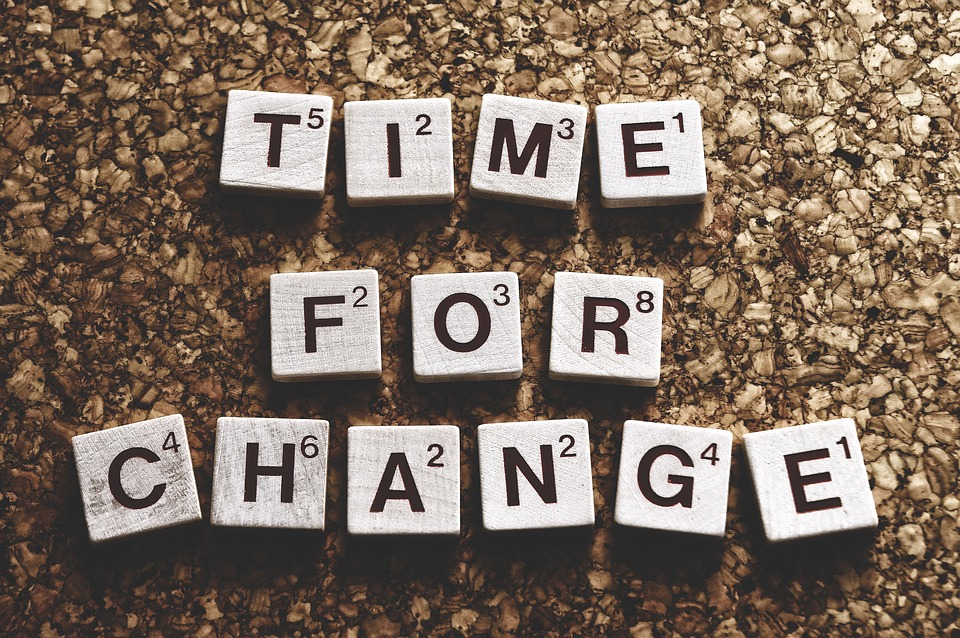 3 key shifts in customer behaviour and how you can respond 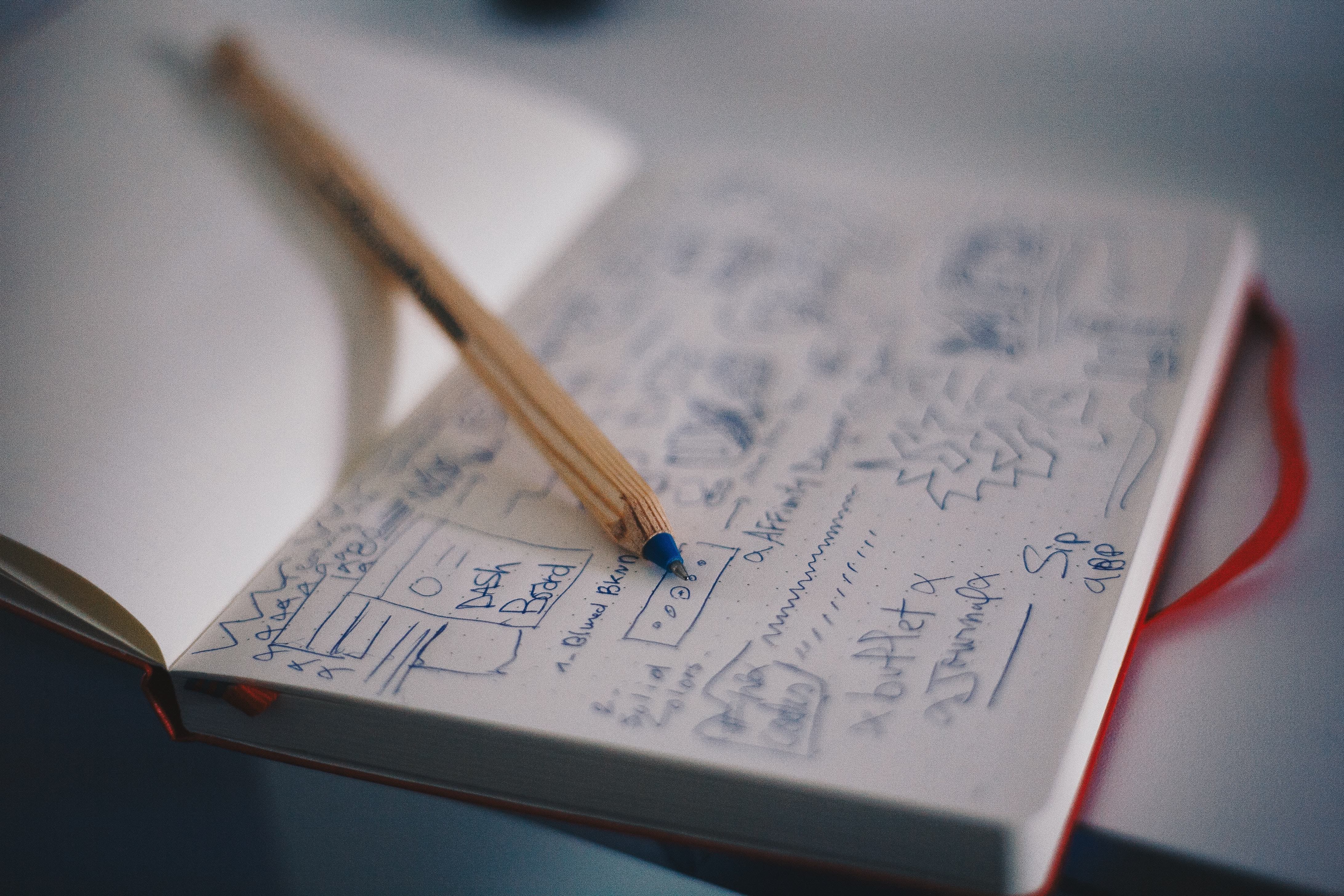 4 steps to get started on your sustainability journey 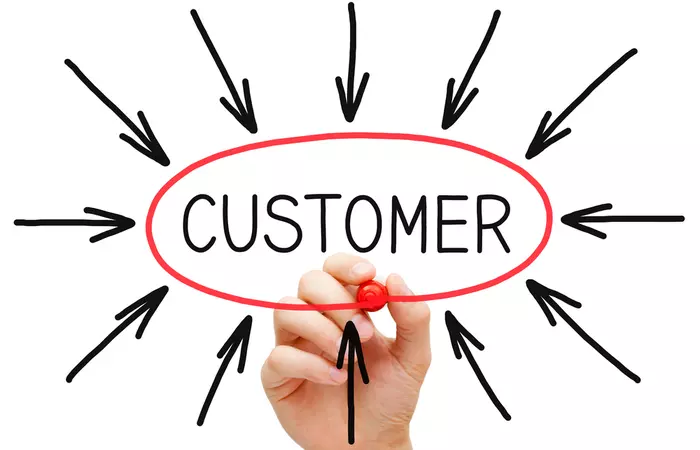 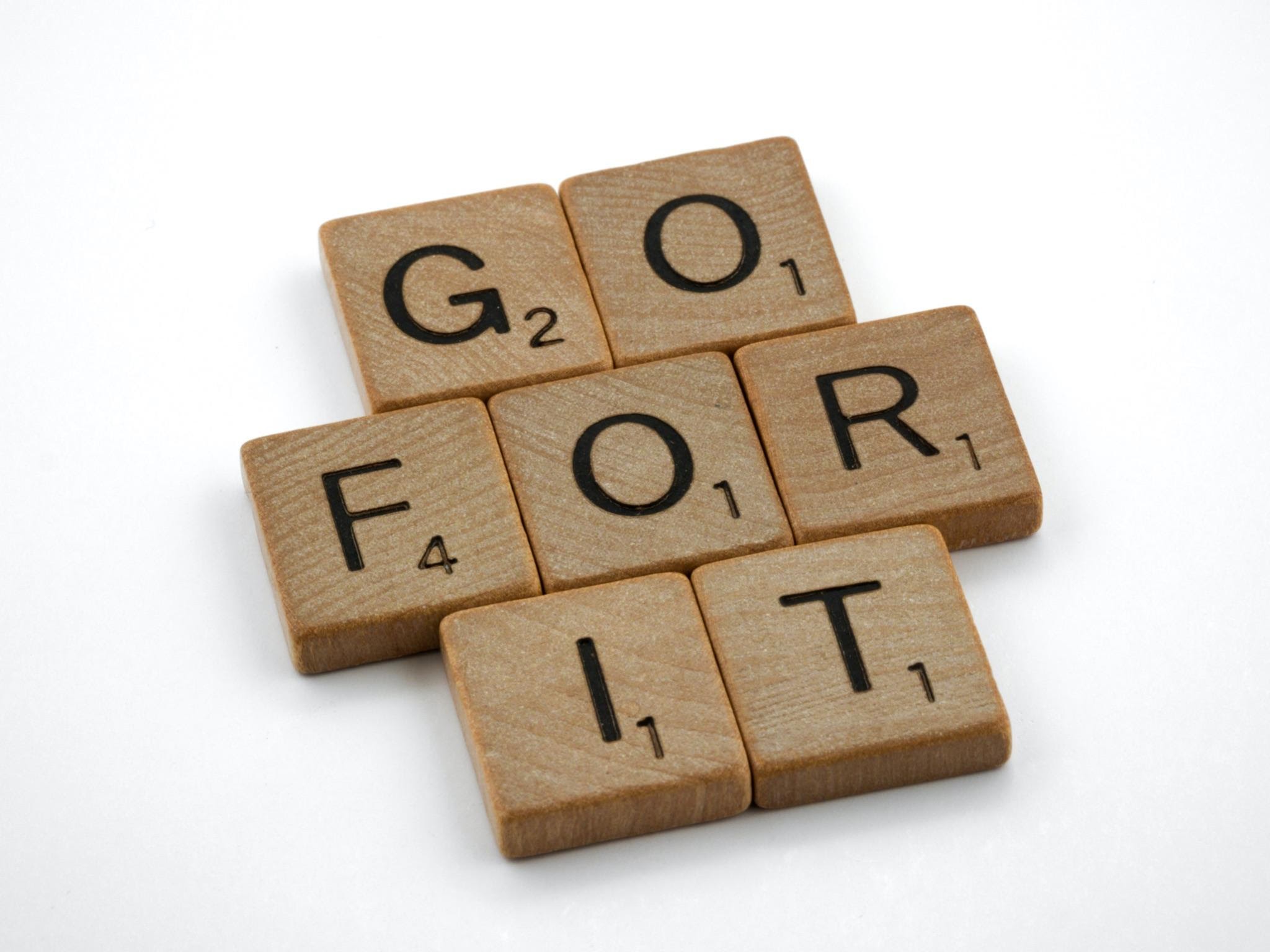 Are you trapped? What does your sustainability journey say about you?